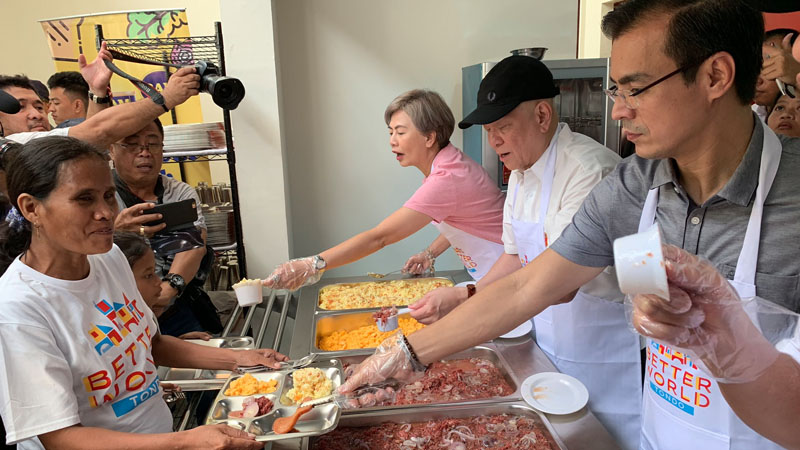 DUBAI – Filipino businessman and San Miguel Corporation president Ramon Ang gave back to his birthplace of Tondo by opening a feeding and education centre there.

Ang told reporters on Wednesday that San Miguel Foundation’s “Better World Community” will provide daily meals to one million children in Tondo, an impoverished part of Manila, for the next 10 years.

The food bank and education centre along R-10 road in Tondo houses a restaurant-grade kitchen and service station that serves rice, eggs and meat viands to children.

“I know what it feels like to come to school starving,” said Moreno, who was also born and raised in Tondo. ICA/Expat Media