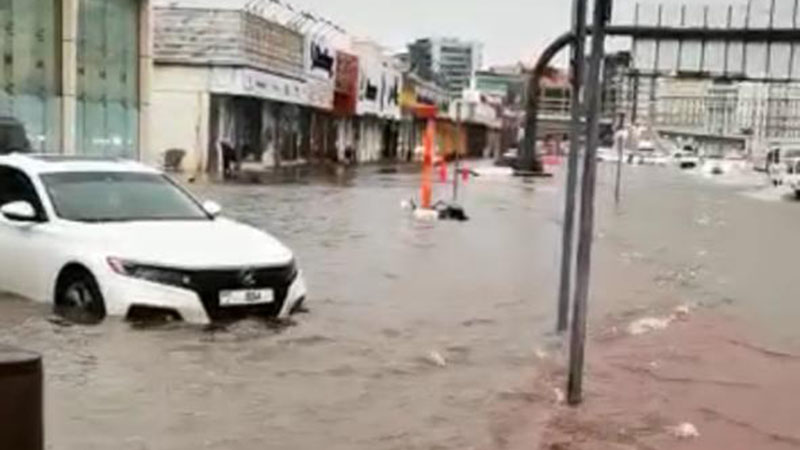 Airport Road in Dubai is flooded by rain water on January 11, 2020.

DUBAI – The number of traffic accidents in Dubai spiked to 303 in 24 hours while police received 51,000 emergency calls in the last three days of rain, police said.

Dubai has seen rain of varying intensities since Thursday night, causing widespread flooding in the emirate.

Police have urged motorists to drive with caution as the wet spell is forecast to continue until Wednesday.

Al Mazrouei said that during poor visibility, drivers must use fog lights instead of hazard lights to avoid confusing other drivers. ICA/Expat Media