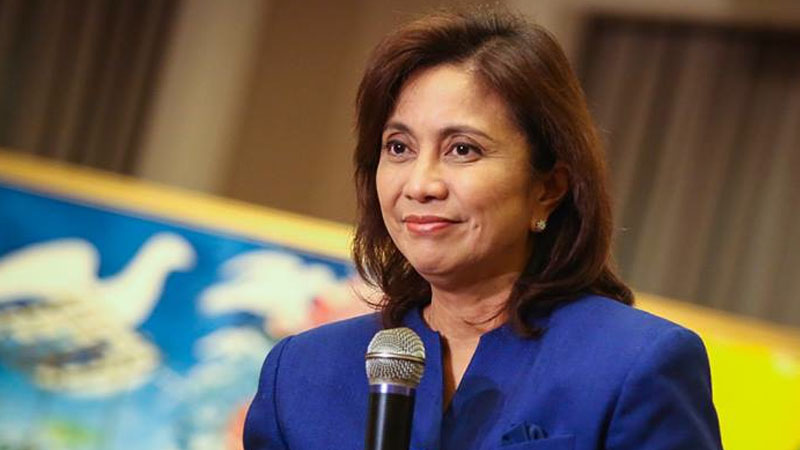 Robredo repeat calls for ‘greater transparency in war on drugs’

MANILA – Philippine Vice President Ma. Leonor “Leni” Robredo has brought to the attention of the UN Commission on Narcotic Drugs the killings of thousands of drug suspects in the country either in police operations or by vigilantes.

In a five-minute-and-a-half video message to the UN commission, Robredo reported about the killings of more than 8,000 drug pushers and users in the country either by policemen in the conduct of Oplan Tokhang (Double Barrel) or by vigilantes.

The video was made last month and is set to be shown commission tpday as it holds its annual meeting in Geneva.

Robredo called for greater transparency in the Duterte administration war on drugs.

Duterte has repeatedly defended his administration’s campaign against illegal drugs. He also denied that the government is behind the extrajudicial killings of drug suspects and that his administration does not sanction it.

In his latest defense of Oplan Tokhang, Duterte said he had promised the Filipino people when he ran for the presidency last year that he would crack down on the drug problem as well as corruption in the government.

He said he will not stop the war against drug even if he gets sued before an international tribunal because of it.

At the start of the vifeo message, Robredo said, “we are heartened that the issue of extrajudicial killings in the Philippines today is being discussed in an event such as this. To know that the international community’s eyes are on us and to feel that human rights advocates are watching over our country gives us comfort, courage and hope.”

“We are now looking at some very grim statistics: since July last year, more than 7,000 people have been killed in summary executions. We agree that our people deserve nothing less than a safe environment, so that anyone can walk the streets safely, whether in daylight or at nighttime. But drug abuse should not be treated as one that can be solved with bullets alone. It must be regarded as it truly is: a complex public health issue, linked intimately with poverty and social inequality.”

In the video message also, she accused the Philippine National Police (PNP) of “palit ulo” (exchange of heads) whereby a family member is taken into custdy by the police if the drug suspect is not home.

PNP spokesman Dionardo Carlos denied the accusation as he urged Robredo to be more specific in her allegations. “Clearly, this is not right. If this is happening, our request is let us be specific because this is not sanctioned. This is not in the policy or procedure of Tokhang,” Carlos told reporters in a conference at Camp Crame – headquarters of the national police.

Meanwhile, Robredo called for legal and psychological intervention for people who have been traumatized by the anti-illegal drug operations.

“Some of those who have told us that when there’s crime, they normally go to the police. Now, they don’t know where to turn. Our people feel both hopeless and helpless, a state of mind that we must all take seriously.”

“You cannot kill addicts and declare the problem solved. The solution is to design the proper health, education and psychosocial interventions to prevent further drug use, and help them transition into a productive member of society,” Robredo also said.

Towards the end of her video message, Robredo asked for greater transparency on the part of Duterte and the police with regard the war against drugs.

Robredo asked, “What, exactly, is the scope of the drug problem? Why do numbers about the extent of the problem change as officially reported to the nation by our President inconsistent?”

Robredo also said the Commission on Human Rights has received 500 complaints arising from the anti-illegal drug operations and that she had recommended that the Department of Justice file charges against those responsible. “But until now, seven months into the administration’s drug war, no information has been filed,” she said. GAC/Expat Media