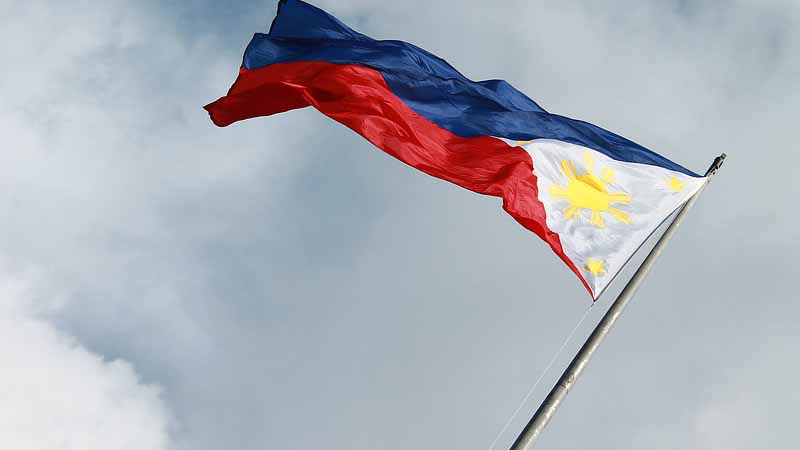 MARAWI – As the Philippines celebrated its 119th Independence Day yesterday, the military was in the middle of operations to liberate a central Mindanao city from the clutches of Islamic State-linked terrorists.

While provincial and city officials, soldiers, firemen and rescue workers tearfully sang the national anthem and raised the Philippine flag at the provincial capitol grounds in Marawi City, explosions could be heard in the distance as Air Force plans dropped bombs on areas in Marawi where members of the Maute Group were holed up.

The Armed Forces had hoped to clear Marawi City of the terrorists yesterday but officials said ridding the city of the Muslim gunmen would take longer because of the attackers’ stiff resistance.

Vice Governor Mamintal Adiong Jr. said in a speech at the flag-rising ceremony: “To our Muslim brothers there, we want to tell them to stop their meaningless fight because we are all Muslims. Please be patient, my Maranao brothers and sisters. We will eventually reclaim Marawi if we work together.”

“The terrorists want to wrest it from us, we should not allow it to happen. Let us unite for peace,” he added.

Adiong urged the Maranaos to seek Allah’s help to bring peace back to the city.

He lamented that the attack on Marawi “is doubly painful” because it comes as Muslims commemorate the holy month of Ramadan. “It is very sad to think that we are not in our houses, we are not with out families,” he said.

The Maute Group attacked Marawi City on May 23, abducting the city’s Catholic parish priest and about 200 civilians as well as set afire to a school, the church and city jail. The siege prompted President Rodrigo Duterte to declare Martial Law on Mindanao for 60 days and cut short a four-day trip in Russia.

Nearly the entire population of Marawi have fled to evacuation areas after the attack but an estimated 500 to 1,000 residents remained trapped in the city or are held hostage by the terrorists.

Since the operations against the terrorists started more than two weeks ago, 58 soldiers have died and more than 200 others were wounded. The military claimed to have killed 138 terrorists so far.

The civilian death toll has been placed at 20 but there are reports that more than that number have died in the battles between the military and terrorists.

In Manila, Presidential spokesman Ernesto Abella Jr. told reporters in Malacañang that flags in all government offices and military camps in the country will be flown at half-mast beginning today to show respect and mourn the government troops and civilians killed in the Marawi siege.

Malacañang and the Armed Forces prepared a tribute to the slain soldiers, showing their names and photos while their names were read in all radio stations as taps played. Abella said the soldiers “made the ultimate sacrifice for the flag and country we dearly love.”

Abella told reporters: “He (Duterte) won’t be able to attend the event. He did not give the reason why.”

But Cayetano said in a separate interview that Duterte was not feeling well following hectic engagements in Cagayan de Oro and Pasay cities last Sunday. He also said Duterte is dealing with some matters to address the challenges we are facing, referring to the Marawi siege.

“You know the President has been working 24/7, meeting the troops, meeting the commanders and then late last night (Sunday night), visiting the wounded and the dead. So that’s why this morning (Monday), he didn’t feel that well. Nothing to worry about but it’s better for him to rest for now because as you know the target was to liberate Marawi today, June 12,” Cayetano said.

“He’s resting. He did not force himself to wake up early. It’s hard to do so if you slept for only two to three hours,” he added. GAC/Expat Media