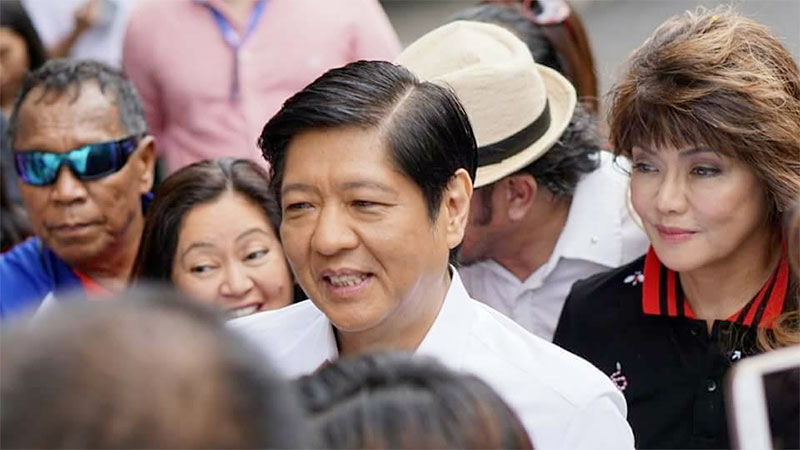 Ferdinand Marcos Jr. paid a visit to Australia on Tuesday (May 17), only days after assuming the presidency of the Philippines.

A small group of protesters gathered at a residence where he was supposedly staying during his visit.

“It’s more of a private trip for President-elect Bongbong to get some much-needed relaxation and vacation,” his spokesman Vic Rodriguez said, referring to Marcos by his nickname. On Thursday (May 19), he indicated he will return to Manila.

Marcos Jr. received a phone call from Prime Minister Scott Morrison congratulating him on winning the election last week while he was in Australia.

He claimed that it is embarrassing for Filipinos to put their fellow Filipino to shame. He also emphasized that such an act is not a Filipino trait, especially in another country.

“I think the best authority or person to say whether he is welcome or not are the Australian government, and not fellow Filipinos who are there because they are full of hatred and have a very bitter heart,” Rodriguez said.

The president-elect is the son of the late Ferdinand Marcos, who died in exile in Hawaii in 1989 after being deposed by a popular rebellion. The family was known for their lavish lifestyles, but they deny stealing billions of dollars from the state.

Marcos Jr’s electoral victory, which restores power to one of Asia’s most renowned political dynasties, has divided the country.

Ferdinand Marcos Jr, 64, was elected president last week with nearly 59 percent of the vote and will be inaugurated next month.

Human rights advocates have petitioned the Philippine Supreme Court to prevent Congress from appointing Marcos Jr as the country’s next president, arguing that he lied when he declared he had never been convicted of a crime.

Marcos Jr.’s candidacy papers were twice denied by the Commission on Elections, as were six other identical accusations. On Monday, the petitioners took the case to the Supreme Court, claiming that Marcos Jr was convicted of tax evasion in 1995 and sentenced to prison, which should have banned him from running for public office indefinitely.

Marcos Jr’s conviction for failing to file income tax returns from 1982 to 1985 was upheld by the Court of Appeals in 1997, and he was ordered to pay his unpaid taxes and fines, but no prison time was mentioned.

Most of the petitioners are leaders of organizations that represent survivors of martial law imposed by his father in the 1970s. They want the court to put a temporary stop to the Senate and House of Representatives canvassing ballots next week, which would finally declare Marcos Jr. the winner.

“If the Supreme Court were to allow such a brazen lie to trump the rule of law, all substantive eligibility requirements in all future elections can be circumvented by ineligible candidates who happen to secure a victory,” she claimed. KMB/Expat Media