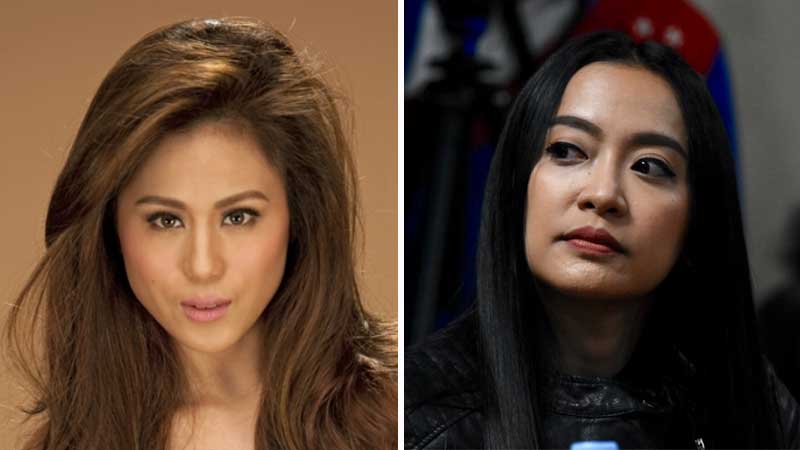 A composite photo of Toni Gonzaga (left) and Mocha Uson.

Uson joined netizens in criticizing Gonzaga for promoting a political dynasty and dictatorship, and suggesting that Malacañang—the office of the president—belongs to the Marcos family.

Uson was referring to Gonzaga’s viral statement at the rally on Monday: “Konting-konting panahon na lang, babalik na si BBM sa kanyang tahanan: Ang Malacañang. Kasama niya ang sambayanang Pilipino na naniniwala sa kaniya (Shortly, BBM will be back in his home: Malacañang. He will be joined by Filipinos who believe him)”.

Gonzaga drew netizens’ ire after her comment comment during the political rally in Cebu City on Monday for Marcos and his running mate, Sara Duterte.

Uson, who is a nominee of the Mothers for Change partylist, called out Gonzaga for her comment. “It’s like you are saying that the Marcos are dictators because they made Malacañang their home, and they are now returning to claim it,” Uson said in Filipino.

Uson urged Gonzaga to learn from Philippine President Duterte. Uson is a staunch Duterte supporter. In a previous interview with Expatmedia.net, Uson said she admires Duterte for his “tapang (bravery), malasakit (empathy) and integrity”. FAY/Expat Media