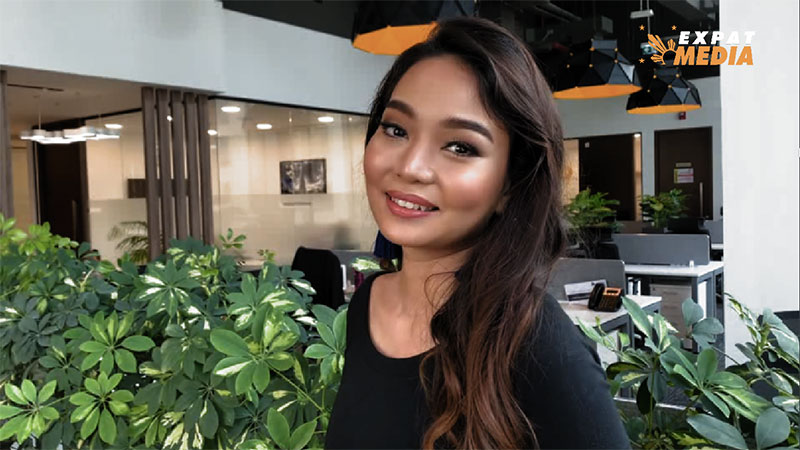 DUBAI – After being stranded in Dubai for three months, Miss Universe Philippines contestant Sharifah Shahnaz Malabanan has finally returned home to the Philippines.

Sharifah was able to fly home on a special commercial flight or Bayanihan flight last July 30, exempting her from a Philippine-imposed entry restriction on travelers from the UAE.

The 22-year-old Filipina had looked forward to her homecoming since quitting her job in Dubai last April to pursue her dream of competing in a national pageant. Watch her video:

To vote for Sharifah, download the Miss Universe Philippines app and click on the star icon on her photo

Sharifah said she took a chance on applying for the pageant and got a pleasant surprise when she was told she made it as one of the top 100 finalists in the Miss Universe Philippines.

She has competed in local pageants before, but this is the first time she is joining a bigger stage in the pageant world.

“I was actually expecting a rejection letter, but then they posted that I was in,” she told Expatmedia.net during a visit to our Downtown Dubai office ahead of her flight.

She had worried about not being able to prepare for the “pageant of her life” while being stuck in Dubai without access to her army of “queen makers”.

After finally arriving home, that fear should now be a thing of the past. She is expected to start training with her team as soon as she comes out of mandatory quarantine.

Sharifah hopes to bag the crown when Miss Universe Philippines culminates on September 25 with Rabiya Mateo crowning her successor.

Sharifah said that while she looks forward to training for her best in Miss Universe Philippines, her trip to the Philippines is permanent.

The Batangas native, however, regrets not seeing much of Dubai, after having moved to the emirate just February last year, a month before the pandemic restrictions were enforced.

She had hoped her move to Dubai would bring her closer to her mother, who has worked in the emirate in the last decade.

“I did not really get the full experience of Dubai. Half of the year I was stuck at home and the other half I started working,” she told Expatmedia.net.

She found work as a waitress here. It was her first job, but she had to resign after six months when she made the decision to move back to the Philippines for good.

It wasn’t a popular decision, particularly with some of her family members, she admits.

“Dubai is a city of opportunities. Everyone wants to be here… but I feel like it is the right decision [to leave] at this time. I just went with my gut,” she said.

Her favourite experience in Dubai? “Working. It helped me view life in a different way… It’s a totally different field from what I learned and it’s life changing. I grew a lot,” said Sharifah, who is a graduate in Business Administration.

She might also revisit plans to move to Singapore where her Singaporean father lives. But for now, Sharifah is looking forward to completing her 14-day mandatory quarantine at a hotel in Manila so she can make preparations for her bid in Miss Universe Philippines.

“Win or lose in this Miss Universe Philippines I feel like I still want to pursue pageantry. I’ll try my best to make it. But if not, I plan to be an entrepreneur… I want to build my own name in the business world,” she said.

What keeps Sharifah going is her positive outlook in life. “Everything happens for a reason. [Don’t] take things too seriously and let it affect you,” she said. PIA/Expat Media

INSIDE THE UNIVERSE with Rabiya Mateo

After posing for their headshots, our delegates were also tasked to showcase their personalities and quirks in our Video Introduction Challenge!

Visit the MUPH app now to get to know our delegates more and vote for your picks!

2. Open the MUPH app and go to the voting tab by tapping on the star icon on the lower left part of your screen.

3. Watch the video by tapping the play icon. Vote by pressing the star icon on your favorite delegate’s video.

Mechanics:
– Each MUPH App user can cast ONE vote per day for any delegate during the voting period.
– Voting for the Video Introduction Challenge will start on August 2 and will officially close on August 6, 11:59 PM.
– Only the votes from the MUPH App will be counted. Social media likes, reactions, and shares will have no bearing in the selection of the Top 75.