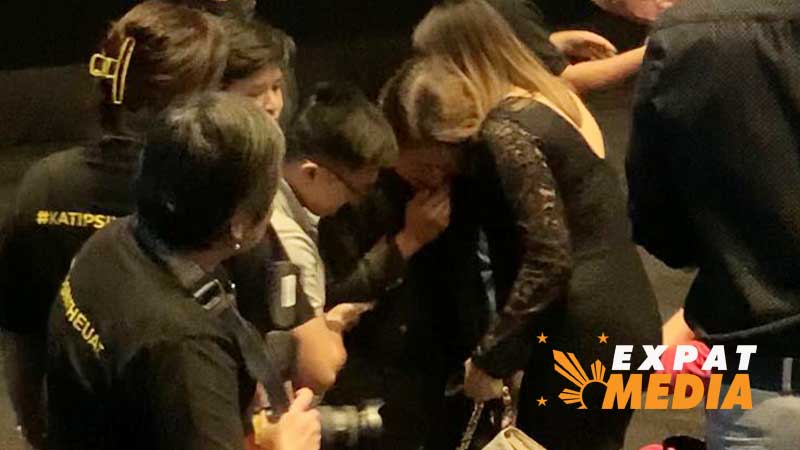 Katips director Vince Tañada cries after the screening of his movie in Dubai on September 13, 2022.

Vince Tañada in tears over Katips cut scenes in Dubai

Katips director Vince Tañada broke down in tears at the Dubai screening of his Martial law film on Tuesday (September 13).

As the credits rolled at the end of the movie, Tañada, who also stars in the musical, stood up to address the crowd who turned up at Vox Cinemas in City Center Deira to watch the first overseas screening of his directorial debut.

“This is my brainchild,” Tañada said, “It’s my child. It’s like my child’s feet or head was cut off,” he lamented in Filipino after noting that some scenes in the film were edited out.

Tañada shared that the torture scenes of one of the key characters in the film were edited out, and that a revelation on who betrayed her was not shown. Tañada said this distressed him.

Katips, a movie about the struggles of student activists during the Martial law period in the Philippines, was first shown in Dubai as part of its global tour. The film will be shown in Abu Dhabi cinemas starting on Wednesday (September 14).

With Dubai as the first stop in its global tour, the Katips gala screening in the emirate was graced by Tañada and his co-stars Nicole Asensio, Johnrey Rivas and OJ Arci. PIA/ICA/Expat Media