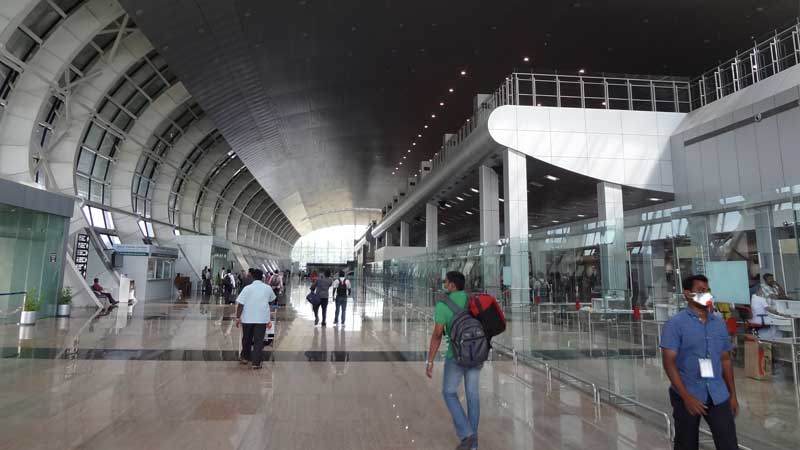 At the Thiruvananthapuram International Airport, India.

DUBAI – Indian jobhunters with visit visa or tourist visa to the UAE are unlikely to be given exemption to travel, the Indian Consul General in Dubai said as missions in the UAE pushed the Indian government to revise its travel rules.

Indian Consul General Aman Puri’s comments came as Indian Ambassador Pavan Kapoor announced that the mission has recommended to Indian authorities to allow Indians with any type of valid visa to travel to the UAE.

Khaleej Times quoted Puri as saying that when India’s travel rules are changed, UAE residence visa holders with families in the UAE and those with new residency visas will be allowed to travel to the emirates.

However, the consul general said those planning to travel to the UAE to look for jobs will not be granted exemption from current travel restrictions. It was not clear how Indian authorities would screen travelers to separate jobseekers from genuine tourists.

Currently, only Indians with valid UAE residence visas stamped on their passport will be allowed to travel. They will also need to get pre-approval to travel from UAE authorities and present a negative PCR test result before they can board their flight.

The temporary India-UAE travel corridor is extended until August 31.

Meanwhile, Indian Ambassador Kapoor said an “early decision” is expected after the Indian embassy and consulate in UAE  submitted a recommendation to Indian authorities to allow all holders of a valid visa to the UAE to travel to the country.

“Since the UAE has recently started issuing new visas, we have recommended to authorities in India to consider allowing Indians with valid visas to travel to the UAE. We are hopeful for an early decision,” Kapoor said on Twitter on Wednesday. ICA/Expat Media