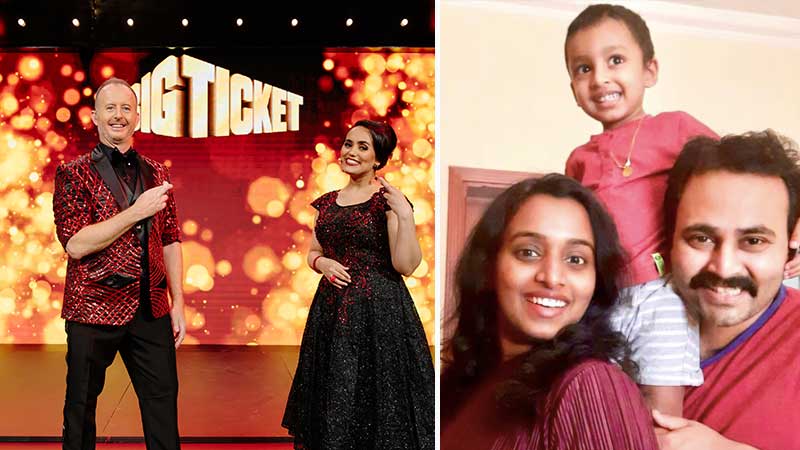 DUBAI – An Indian expatriate in Qatar who bought his first Big Ticket has won the Dh15 million jackpot in the recent raffle draw in Abu Dhabi.

Sanoop Sunil, 32, bought winning ticket number 183947 on July 13. He will be sharing the Dh15 million with 19 of his friends who helped buy the ticket.

Although his friends have bought Big Ticket for years, this is the first time they have won after Sunil bought his first Big Ticket with their help.

What does he plan to do with the money that he won?

“I have no plans yet, I still can’t believe I’ve won this. Only after I spoke to Big Ticket representatives and got an official email, I realized what was happening,” he said.

Sunil lives in Qatar with his wife and child and works as a purchaser in a supermarket chain.

He was on his way home from work and was watching the draw online with his friend when he stopped watching the live broadcast after the second prize winner’s name was announced.

When Big Ticket host Richard tried to call Sunil live during the show, he couldn’t be contacted on this mobile phone. They later sent him an email where he found out about his big win.