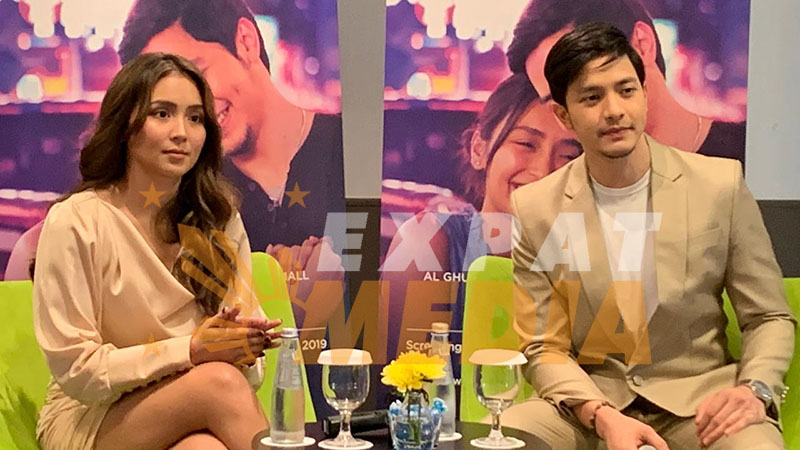 Expat Media was invited to the movie premiere at Dubai Mall on Friday (August 9), which was crowded by a cheerful, enthusiastic cluster of die-hard fans waiting for Kathryn and Alden to show up ahead of the screening.

What did this reporter think of the romantic comedy? Absolutely. Fantastic. Work.

To think that I have never really enjoyed romantic films, and quite often disregarded them for being quite corny for my taste. Hello, Love, Goodbye proved to be quite a welcome surprise.

I dare say this was the only one I’ve genuinely enjoyed to the fullest, out of almost all films I have watched. The connection to Overseas Filipino Workers and the story built around that is something I consider as a powerful factor to why this film hits close to home.

The entire cast really put their heart and soul into their character, which made their acting effortless and believable. Each one allowed the audience to bond to their character and their story.

The character of Joy was wonderfully played by Kathryn, who takes us through the struggles of an expatriate worker in Hong Kong and the unlikely love story she finds along the way.

Alden was also charming as Ethan, a bartender who falls for Joy. Richards brings out Ethan’s charm and confidence on screen. We get to learn more about the depth of his character as the film unfolds.

The film takes us through a rollercoaster of emotions as the characters show us their backstory in a nearly two hours of pure excitement and giddy romantic action, complemented by breathtakingly beautiful cinematic shots.

Overall, this film drives you through a literal train of emotion and catharsis. The characters’ synergy and their relatable story of Filipino expatriates finding love abroad is astonishing, to say the least.

This movie has something for everyone in the audience to relate to, laugh and enjoy. I would definitely recommend watching this as soon as possible. LKA/Expat Media