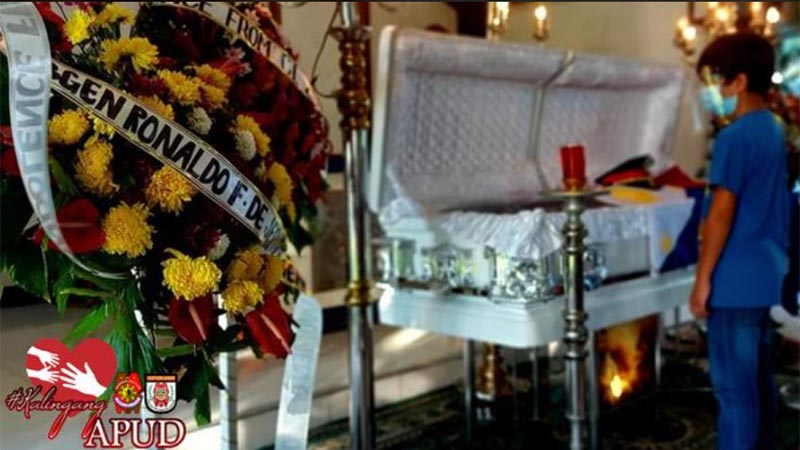 At the wake of Lt. Christian Bolok, officer-in-charge of San Jose police station.

DUBAI – A Filipino police officer was killed in a rooster attack after raiding an illegal cockfight in Northern Samar province, according reports on Thursday (October 29).

Lt. Christian Bolok, officer-in-charge of San Jose police station, was killed when he was accidentally struck by a rooster’s gaff or metal blade.

The freak incident took place in Madugang village where authorities have cracked down on gatherings as part of measures to curb the spread of coronavirus.

Bolok was hit on his left thigh by the razor-sharp metal blade attached to the rooster that he was trying to confiscate. This caused a serious injury to his femoral artery.

He was rushed to a local hospital but declared dead on arrival due to severe blood loss, according to the Philippine News Agency.

Three people have been arrested in connection with the incident, according to Sun.Star Philippines.

Meanwhile, the Northern Samar Police Provincial Office, on its Facebook page, mourned the death of the police chief and expressed condolences to his family.

A memorial service was held for Bolok on Wednesday. CAM/Expat Media