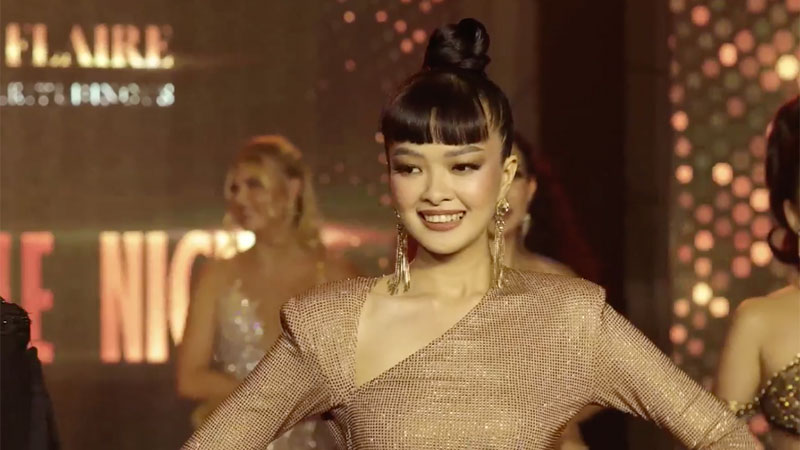 DUBAI – An aspiring Filipina model who almost packed up her bags to leave Dubai following a series of letdowns bagged the top prize in the recent Face of Le Flaire pageant in the emirate.

In a Facebook post after her victory, Bungay said joining the beauty contest and eventually winning it opened doors she never expected.

“This time last year, I was convinced that there was nothing more for me here in Dubai. Uwi na lang, pareho lang naman (Just go home, it’s just the same),” she recalled.

An opportunity opened up for Bungay that she thought was “God-sent”. “Unfortunately, it turned out to be a major heartbreak, but only because I was stuck in the surface of defeat for a long time; only seeing losing as losing,” she said without elaborating.

“Little did I know that this setback would lead me to more doors that wouldn’t have opened if things turned out my way,” she said, referring to the setback that made her continue her stay in Dubai while she somehow found herself thrust into the Face of Le Flaire beauty contest.

Bungay wowed audiences and judges during her three-month pageant journey that also included weekly challenges featuring photo and video shoots and media interactions. On the pageant night, she was asked by Mrs. Universe Dubai 2021 Pamala Serena on her fighting spirit.

“What motivates you to keep fighting for your dreams as someone who wishes to be a famous beauty queen despite many defeats?” Serena asked Bungay.

Bungay answered: “Yes, it’s true I faced a lot of defeats in my life. But then at this point in my life I have learned a lot where my experiences taught me to be a person who can.. get up from any defeat. No one can stop me at this point.”

She said her family is her biggest motivation “who roots for me; who helps me stand up after all the challenges”.

Her biggest learning experience is grace in victory and even in defeat, she said.

“I know in life we will always face victories and defeats, but being able to stand up from all the victories and even in defeats, it is a victory in itself,” Bungay said. PIA/Expat Media