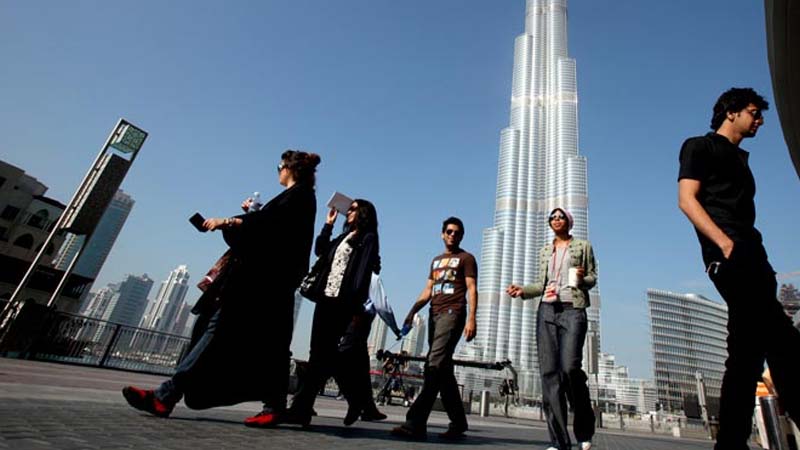 DUBAI – As the 12-month countdown begins to Expo 2020 Dubai, we look at the free festivities that are happening simultaneously across every emirate on Sunday (October 20) from 5pm to 10pm.

Alongside a wealth of delicious cuisines to suit all tastes, and a craft area for kids, visitors can watch a live broadcast of the One Year to Go event in Burj Park, Downtown Dubai – which will feature performances from global superstar Mariah Carey and acclaimed Emirati musician and Expo 2020 Ambassador Hussain Al Jassmi. There will also be an eye-catching projection on Burj Khalifa, with a countdown moment at 8:20pm to mark a year until the next World Expo launches on October 20, 2020.

Also present on the night will be DJ Kaboo, Zambian painter Victor Sitali, UAE-based art collective The Domino, painter Chinedu Eneogwe (aka Wisdom), and MCs Enjy Kiwan and Mo El Torky. The event at Louve Abu Dhabi is free so head there early at 5pm!

If you’re in Ajman, you can head to the Ajman Museum for free events from 5pm to 10pm on October 20. The free, fun-filled and family-friendly festivities at Ajman Museum will feature a host of hotly-tipped grassroots musical acts. Catch an Arabic fusion band, pop-rock musician Hydyy and Emirati soul singer Chakram, and also appearing will be poet Storm Fernandes, artist Humaira Hussain and MC Mohamed Enaba.

Celebrate at Fujairah Fort from 5pm to 10pm and enjoy the sounds of Syrian singer-songwriter Ghaliaa and Emirati rock artist BAFOORY, and India’s Aman Sheriff. Also appearing will be spoken-word performer Adel Awad, mural artist Sijin Gopinathan and MC Rania Younes. The event at Fujairah Fort is free and arrival at 5pm is recommended.

If you’re in Ras Al Khaimah on October 20, celebrate the Expo 2020 one-year countdown at Al Qawasim Corniche from 5pm to 10pm. The free, fun-filled and family-friendly festivities at Al Qawasim Corniche will feature a host of musical acts, including Nutella Riot, a ‘loungecore’ duo comprising singer-songwriter Noush Like Sploosh and guitarist Matt BLK, who offer fresh takes on pop classics.

For those in Sharjah, head to Al Majaz Waterfront for fun festivities from 5pm to 10pm as the UAE simultaneously celebrates the 12-month countdown to the World’s Greatest Show, Expo 2020 Dubai.

The Umm Al Quwain Corniche will be alive with free, fun-filled festivities that will include entertainment from As Per Casper, whose debut album Hit the Ground topped the iTunes Middle East charts, an acoustic fusion band, singer and oud player Mohamed Hosny, poet Suhaib Alises, illustrator Dina Sami and MC Ibrahim Ustadi. Head there early at 5pm so you don’t miss any of the action!