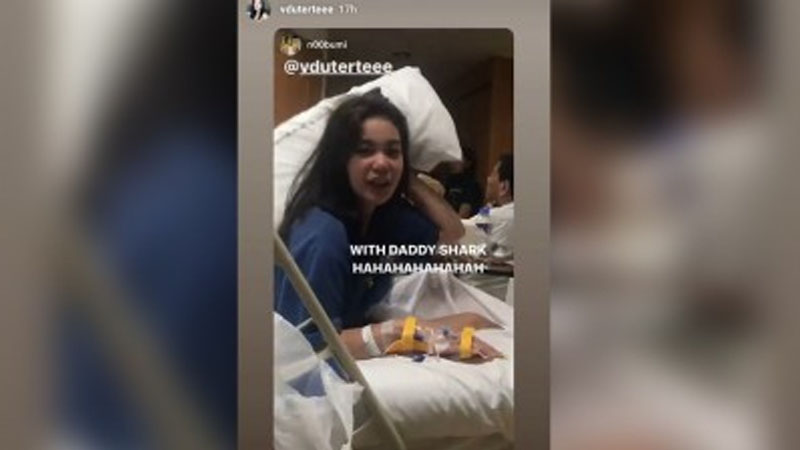 A screen shot of Veronica Duterte in her hospital room in Davao City, Philippines.

DUBAI – Philippine President Rodrigo Duterte’s youngest daughter is recovering in hospital after contracting dengue, according to the presidential spokesman on Tuesday (October 8).

Veronica, fondly called Kitty, took to Instagram to share a video of Duterte visiting her in her hospital room in Davao City, Philippines.

Kitty is Duterte’s only child with partner Honeylet Avanceña. She is reportedly among more than 800,000 Filipinos immunized with the controversial anti-dengue vaccine, Dengvaxia.

“As far I as know, she is getting better now,” said Presidential Spokesperson Salvador Panelo, quoting Avanceña. He refused to comment on whether Kitty’s case would prove reports against the safety of Dengvaxia.

The Philippines stopped the use of Dengvaxia in 2017 after its manufacturer reported that patients who did not have prior exposure to dengue had a higher risk of severe dengue if vaccinated with Dengvaxia. ICA/Expat Media