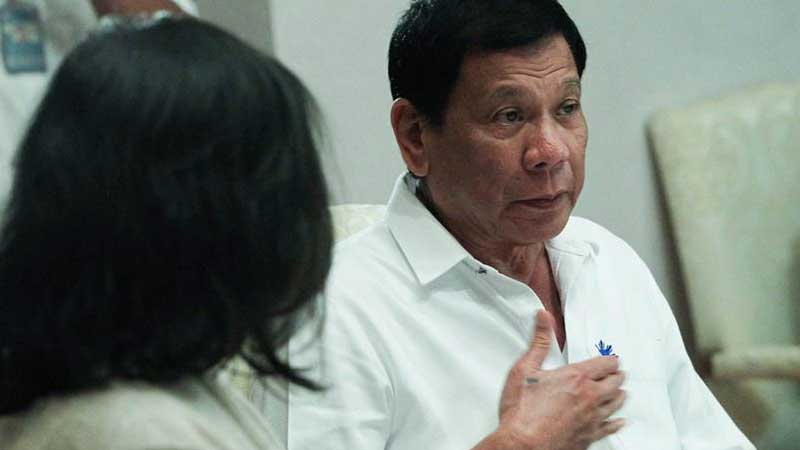 MANILA – President Rodrigo Duterte has dismissed a department undersecretary for reviewing a decision of the National Food Authority (NFA) to stop the importation of rice.

Duterte also vowed to fire more government officials for any questionable acts or involvement in corruption saying, “I will continue to fire people – (at) the first whiff (of corruption), if I just smell something, even if it is not true, you’re out.”

Duterte announced the dismissal of the official in a speech in an agricultural event in the northern province of Nueva Ecija, did not name the executive in question.

However, Agriculture Secretary Emmanuel Piñol revealed that it was Maia Chiara Halmen Valdez, an undersecretary of the Office of Cabinet Secretary Leoncio Evasco and an appointee of former President Benigno Aquino III, who got axed.

Duterte said he was “appalled” by Valdez’s action. “I was appalled that an undersecretary, they reviewed the decision of (NFA administrator) Jason Aquino denying importation and it was appealed in Malacañang, filed at the Office of the President. I said ‘how do I face the farmers)? Why would we allow importation to compete with local product?’ Until now, I cannot figure out their reason for doing that. Of course, it (review) did not push through because I stopped it,” Duterte said.

Valdez recently figured in a dispute with Philippine Coconut Authority administrator Avelino Andal, who was suspended over allegations of corruption. He accused Valdez of influencing Secretary Evasco to issue various orders and of being involved in efforts to undermine the Duterte administration.

Valdez in contemplating on suing Andal for his “libelous statements.”

Meanwhile, Duterte said he will be dismissing five more government officials but did not say who they were and from what departments. GAC/Expat Media