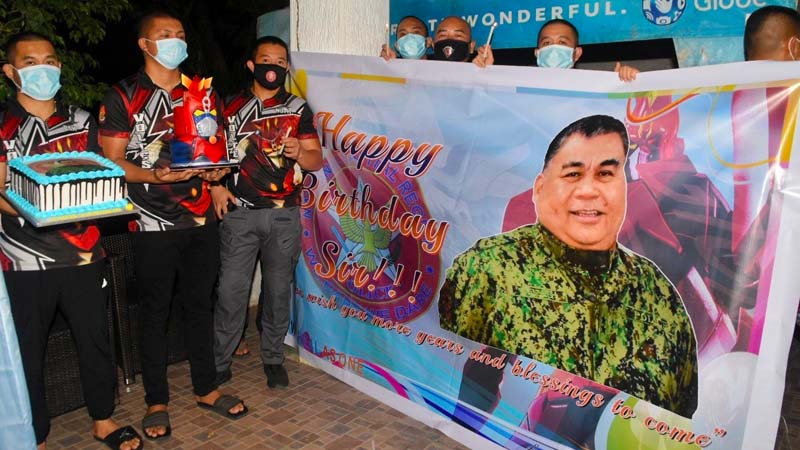 “I don’t want him transferred. He is a good officer, he’s an honest one. It’s not his fault if someone serenades him on his birthday,” Duterte said in Filipino in an address on Tuesday (May 19).

Sinas had come under fire over a gathering during his birthday amid the Covid-19 quarantine.

The National Capital Region Police Office even shared photos on Facebook of the birthday bash.

Sinas has apologized for the incident but claimed that the photos were edited. The NCR Police Office also removed the Facebook posts containing photos of his birthday bash.

Meanwhile, the Philippine National Police has filed a criminal complaint against Sinas and 18 others, but PNP Police General Archie Gamboa said Sinas would not be relieved from duty.

Duterte also said Sinas will not be removed from his post despite the controversy. “He stays there,” he said, adding that he needed Sinas in his work.

“It is his time to be there. I do not believe in just firing him just because [people sang him a] happy birthday,” Duterte said. DAJ/Expat Media