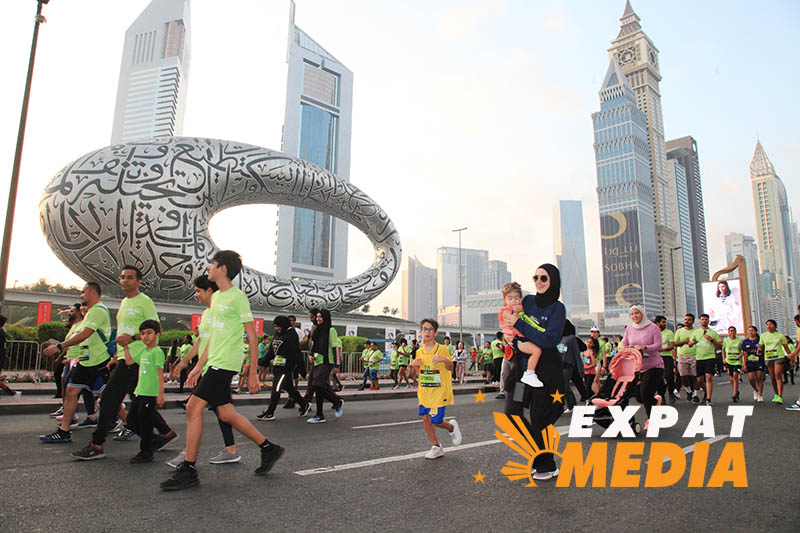 Runners of all ages take over Sheikh Zayed Road for the Dubai Run on November 20, 2022.

The Dubai Run kicked off early on Sunday (November 20) as Sheikh Zayed Road closed to vehicular traffic while thousands of runners took over the busy highway.

The Dubai Run, which started in 2019, is considered a “once-a-year chance” to run along Sheikh Zayed Road. On Sunday morning, Sheikh Zayed Road was closed in both directions from the Trade Centre Roundabout to the Second Interchange starting at 4am. The highway will remain closed until 10am. The Sheikh Mohammed bin Rashid Boulevard and Financial Centre Road will also remain closed until 10am.

The Dubai Run is the world’s largest free run, and one of the key highlights of Dubai Fitness Challenge.

Pro and amateur runners of all ages took part in Dubai Run, which is part of the Dubai Fitness Challenge, a month-long campaign aimed at making Dubai residents more active. Even Sheikh Hamdan joined the run!

This year’s Dubai Run features two routes: the 5km route, suitable for families and runners of all abilities, or the 10km route for more experienced runners. Both routes started near the Museum of the Future on Sheikh Zayed Road.

The 5km route passes by Dubai Mall, Dubai Opera, and Burj Khalifa. The 10km route follows Sheikh Zayed Road to the Dubai Canal, then returns towards the Trade Centre before ending on Al Mustaqbal Street near Dubai International Financial Centre.

To help participants travel to and from the Dubai Run, the Dubai Metro started services early at 3:30am. The Roads and Transport Authority advised riders to ensure they have enough credit on their Nol card to avoid congestion and delays.

The Dubai Run is aligned with the directives of Sheikh Hamdan bin Mohammed bin Rashid Al Maktoum, Crown Prince of Dubai and Chairman of Dubai Executive Council, to transform Dubai into one of the world’s most active cities and best city to live in, work and visit.

Throwback to the first Dubai Run in 2019

A total of 146,000 runners, joggers, wheelers, and walkers participated in Dubai Run last year, setting a record for the largest community fitness event in the world.