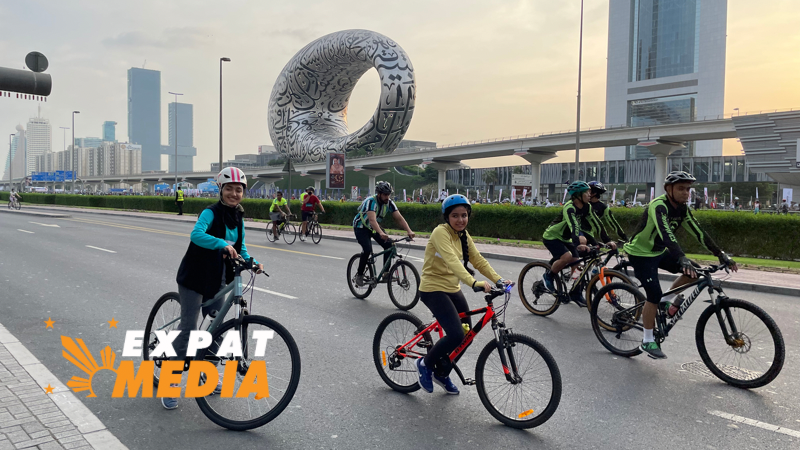 Cyclists participate in the Dubai Ride on November 6, 2022.

Sheikh Zayed Road turned into a giant cycling track as Dubai Ride kicked off on Sunday (November 6), with thousands of cyclists descending on the iconic highway.

This year’s Dubai Ride, the third edition of the event, also featured a second, shorter cycling route via Downtown Dubai.

Cyclists on the 4km route took off from the starting point at Dubai Mall, following Sheikh Mohammed Bin Rashid Boulevard, and around the Dubai Opera and Burj Khalifa.

For Dubai Ride, Sheikh Zayed Road and parts of Downtown Dubai were closed to traffic from 4am until 9am to make way for thousands of cyclists. Here’s how it unfolded: