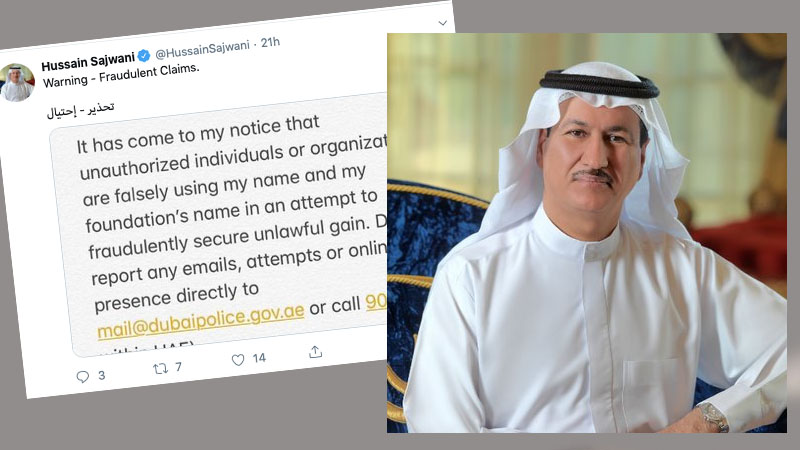 Hussain Sajwani is the owner of Dubai property developer Damac.

DUBAI – The owner of property developer Damac warned that scammers are using his name and Damac Foundation to defraud people.

Hussain Sajwani, in a tweet, said fraudsters have dragged his name and his foundation’s name for “unlawful gain”. He did not give details about the nature of the scam.

“Unauthorised individuals or organisations are falsely using my name and my foundation’s name in an attempt to fraudulently secure unlawful gain,” Sajwani said.

The businessman urged people to report fraudsters to authorities. “Do report any emails, attempts or online presence directly to [email protected] or call 901,” he urged.

This is not the first time that the name of high profile individuals in the UAE have been used by scammers. In June, Facebook removed a fake post that allegedly victimized thousands of people in the UAE. The scam claimed that Abu Dhabi’s Crown Prince endorsed a Bitcoin trading scheme.

The scheme claimed that investors would become “rich in seven days” after paying an initial fee of nearly Dh918 to external website, Bitcoin Loophole. ICA/Expat Media