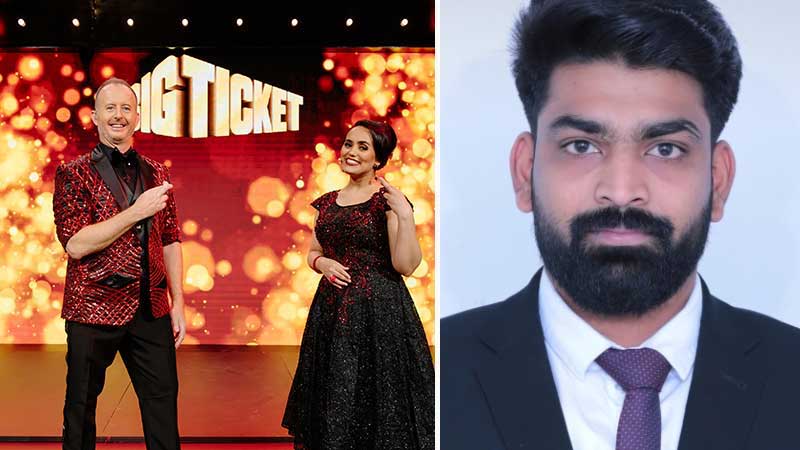 The winning ticket was under the name of Naheel Nizamudeen.

DUBAI – Forty people in Qatar who pooled their money to buy a Big Ticket entry are going to share the Dh10 million Big Ticket jackpot after their ticket was picked during the live draw on Sunday (October 3).

The winning ticket was under the name of Naheel Nizamudeen, an Indian employee for a hypermarket chain in Qatar.

Nizamudeen and his colleagues at the hypermarket have been buying Big Ticket “for a long time”. This time, their luck was on their side.

“We cannot explain this feeling of winning Big Ticket. We purchased the winning ticket with 40 of our colleagues and it is such a relief to us and almost all of us are in a bad situation financially. This money is changing the lives of many people at the same time,” Nizamudeen said.

How did they end up with the winning ticket?

“Many people have called and asked us how we picked the winning number but we told them there is no secret, we have been purchasing Big Tickets for a long time and our luck has finally changed,” he said.

Their advice to others? “Keep trying with Big Ticket; your luck can change anytime too,” he said. ICA/Expat Media