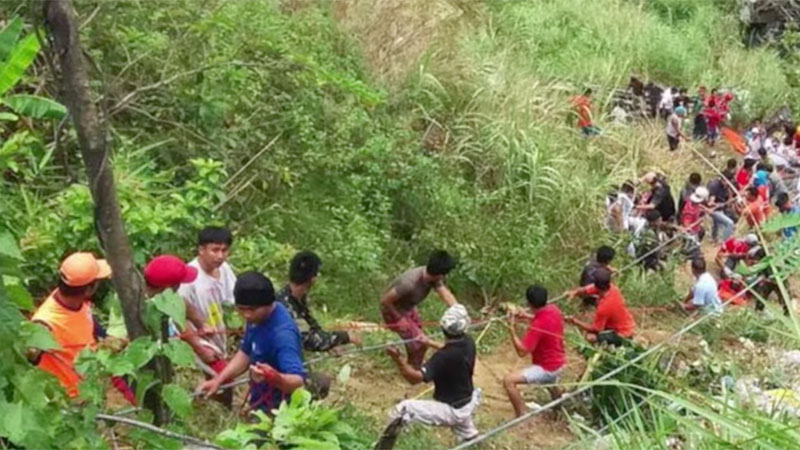 Government vows to make those behind the accident held accountable

MANILA – Thirty-two people were killed while more than 20 others were injured when a passenger bus that was allegedly overloaded fell into a 100-foot (24-meter) ravine in Carranglan municipality in the northern Philippine province of Nueva Ecija.

Malacañang expressed its sympathies to the families of the victims.

Presidential spokesman Ernesto Abella said those behind the tragedy will be held accountable.

The accident is one of the deadliest road mishaps in the country in recent years and happened just two months after a tour bus with college students and teachers on board crashed into an electric post and some trees along the highway in the suburban town of Tanay in Metro Manila, killing 15 passengers.

Among the dead was a one-year-old child, according to Public Employment Services Office manager Porfirio Yasay Jr. of Santa Fe town in Nueva Vizcaya . The Santa Fe Rescue Team was among the first responders of the accident. 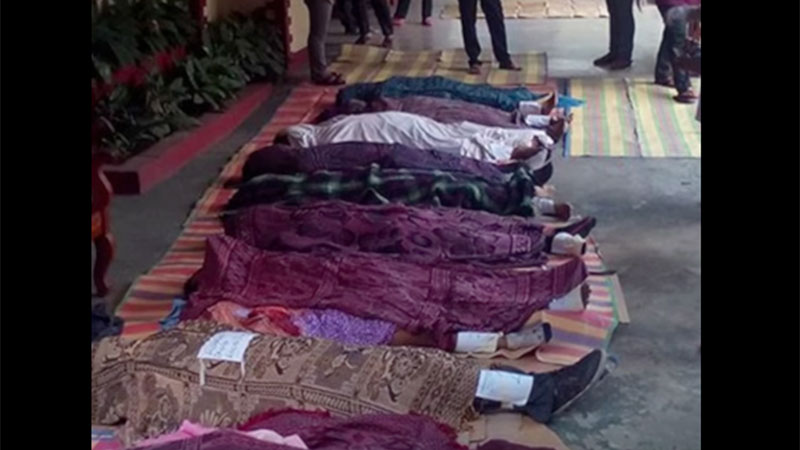 The number of those injured mentioned in news reports differed. A Nueva Vizcaya policeman was quoted as saying that 38 injured passengers were taken to various hospitals buy a police official of Nueva Ecija placed the number of those hurt at 28.

Initial investigation showed that the brakes of the Leomarick Trans bus malfunctioned so that the vehicle failed to stop while traveling down the highway and then plunged into the ravine.

However, investigators who went to the accident site saw that one of the front tires of the bus had burst, which could have caused the bus to fall into the gorge.

The bus came from Ilagan City in Isabela province on the eastern part of the main island of Luzon and was heading to Candon City, Ilocos Sur on the western side.

Ian Fernandez, one of the survivors, told the Philippine Daily Inquirer that the bus was designed to carry 45 people but it had as many as 70 passengers, with some sitting on the laps of their companions.


He recalled that the bus engine stopped as it was speeding downhill. He was traveling with his wife and daughter.

Fernandez said he jumped off the bus before it fell into the canyon. His wife and daughter were injured in the accident.

As the bus rolled down the gorge, the roof of the vehicle got ripped off so that most of the passengers were thrown out.

Nueva Ecija Police Provincial Director Senior Superintendent Antonio Yarra told CNN Philippines that the bus driver is still unidentified and he is unsure if the driver is among the dead.

Police Superintendent Robert De Guzman of the Carranglan police said the bus conductor managed to jump off the bus before it fell into the ravine. Rescuers and the police are looking for him.

In Malacañang, Abella said the government expresses its “deep condolences” to the families of the victims. “We guarantee that the culprits behind the fatal bus mishap will be held accountable,” Abella added.

Meanwhile, the Land Transportation Franchising and Regulatory Board (LTFRB) has suspended the license of the bus operator following the incident.