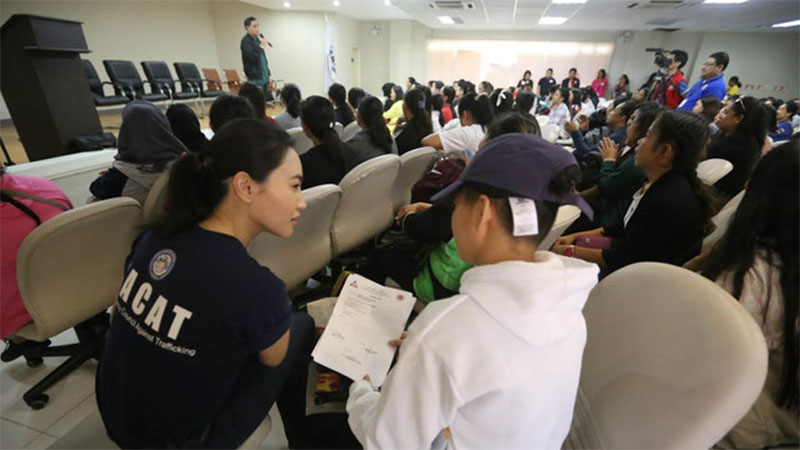 DUBAI – As many as 158 Filipino workers in the UAE have arrived home in “one of the biggest mass repatriation efforts [of the Philippines],” according to the Department of Foreign Affairs (DFA).

The new repatriates bring to more than 4,800 the number of Filipinos repatriated to the Philippines since January.

Their repatriation comes after the Philippines and the UAE signed at the UN assembley, a memorandum of understanding against trafficking.

According to the DFA, many of those repatriated on Sunday (October 6) were victims of human trafficking and had arrived in the UAE on short-term visas.

Many of them were “overworked, suffered maltreatment, and experienced contract violations by their employer.”

The DFA said that illegal recruiters use the Middle East as “jump-off points” to send Filipino workers to banned destinations. They lure Filipinos here on tourist visas with a promise of work visas and jobs.

“The Philippine government strongly condemns the abuses being experienced by our OFWs in the hands of their recruiters or employers,” said Foreign Undersecretary for Migrant Workers’ Affairs Sarah Lou Arriola, adding that the DFA will continue to partner with other member agencies to combat human trafficking.

Last year, there were 9,375 Filipinos repatriated from the UAE, with the Philippines shelling out more than P175.21 million worth of assistance. ICA/Expat Media