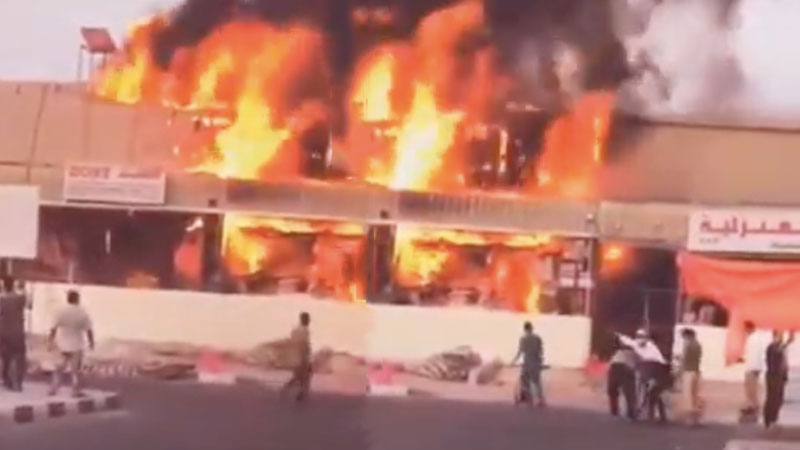 DUBAI – A massive fire at a souq in Ajman destroyed 125 shops, said an official of Ajman’s Civil Defence on Thursday (August 6).

The fire broke out at the Iranian souq in Ajman’s industrial area at around 6:30pm on Wednesday and quickly spread in the shops there.

Huge flames were seen and thick plumes of black smoke rose in the air as the fire quickly spread in the market. As a precaution, the nearby Ajman Specialty Hospital was evacuated.

Scores of firefighters from Dubai, Sharjah and Umm Al Quwain were dispatched at the scene to control the blaze, which was extinguished at around 9pm.

There were no casualties. The souq had been closed since March as a precautionary measure against coronavirus. 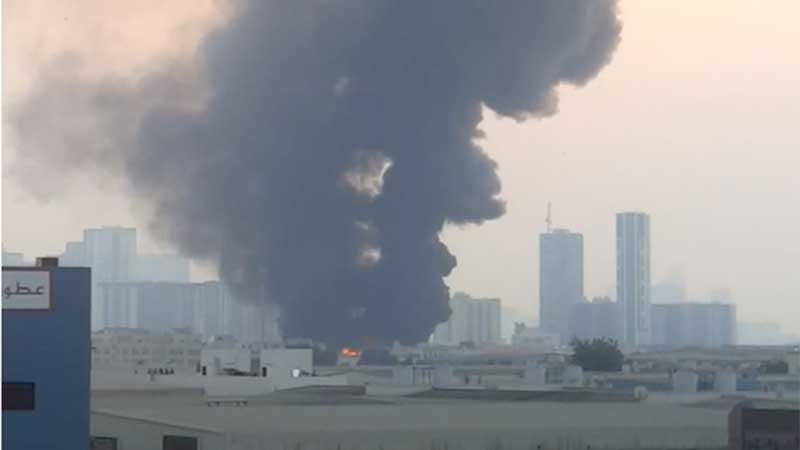 Brigadier Abdulaziz Al Shamsi, director general of Ajman Civil Defence, said that 125 shops were extensively damaged and that parts of the market had collapsed.

Al Shamsi said that flammable objects stored in the shops helped fan the blaze. He said that the shops stored plastic, sponge and cotton.

An investigation is underway to find out what caused the blaze. ICA/Expat Media