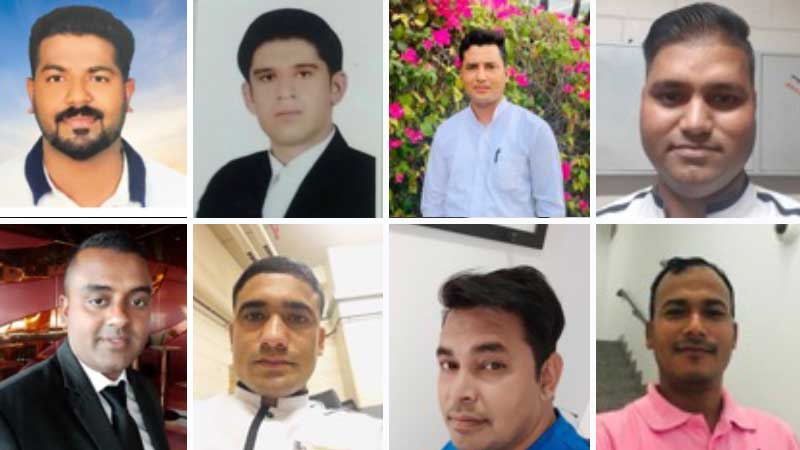 DUBAI – Ten hoteliers in Dubai are going to share the Dh20 million jackpot in the Big Ticket draw on July 3, organisers told Expatmedia.net on Sunday (July 25).

The winning ticket was placed under the name of Renjith Somarajan, an Indian national who bought the ticket with the help of his colleagues at a hotel in the emirate.

Six in the winning group work as valet parking attendants, while one is a hotel driver and another one is a housekeeping member, while two others are security guards.

They are now the newest multi-millionaires in Dubai and will take home Dh2 million each.

“Renjith convinced me and after giving him the money I thought that I had wasted it because of my lack of belief in ‘luck’,” said Bul Bul Ahmed, a 38-year-old Bangladeshi who paid Dh100 as his share.

“During the Big Ticket Live draw, I was on duty I opened our WhatsApp group after receiving a lot of notifications and Renjith announced we had won Dh20 million,” Ahmed said.

“My first reaction was to think it was a joke, so I checked online and found out that it was true. I immediately called my wife back home to tell her about the news but until now she doesn’t believe me,” he said.

Valet parking attendant Uttam Kumar, 31, said the windfall is going to be a “life-changing prize” for him after working outdoors and “sweating during summers”.

“Even if I worked twenty more years, I would not be able to save Dh2 Million based on my current salary,” Kumar said, saying he plans to use his money “wisely”.

The Nepalese man has been living in Dubai since 2015 and has been participating in the Big Ticket draws since 2017.

Iranian hotelier Mohammad Mustafa, 38, said he slept after the winner’s name was announced, not realising it was the guy from his group.

His friend, Manish Kumar, who convinced him to pool their money to buy Big Ticket, called him up to tell him they won the jackpot.

“I was stunned and could not believe it for a moment, so I checked the WhatsApp group to confirm and could not contain my joy,” he said. He plans to use his winnings to start a business in Iran.

Kumar, a 31-year-old valet parking assistant who experienced a pay cut, said he is happy to have won with his friends. “Now that we’ve won, we’re able to start a family and even build a house for me and my parents,” he said.

Meanwhile, Indian national Karanjeet Nagraj said he is happy to be a millionaire at the age of 26. “I will build a new life that is better for my future,” he said.

Rabindra Ramabhat, a 43-year-old Nepalese, said he plans to “resign and head home to be with my family”, while Indian national Dilshad Ahmed, 39, said: “I am certain that my family’s life will never be the same after winning Big Ticket”. ICA/Expat Media